Squashing workplace conflict before it squashes you. 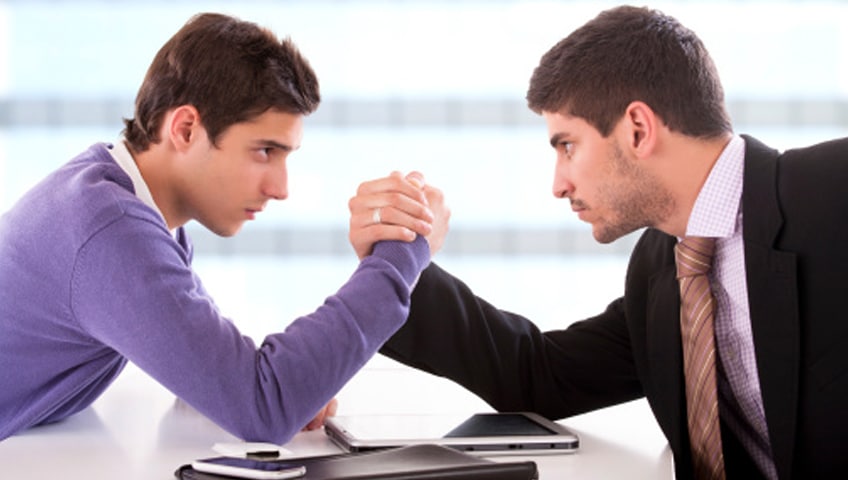 No matter what line of your work your company provides, no matter if it’s a large corporation or an aspiring small business, no matter if you have high or low turnover of employees, you’re bound to run into some conflict. And that’s actually not a bad thing! Conflict means that employees are able to think on their own, that they’re comfortable enough to display displeasure and, for the most part, they’re still willing to work despite the conflict.

What becomes a problem is if you allow the conflict to boil over and if you allow conflict to taint a workplace, rendering it a negative environment. So before that happens, a good manager or coworker needs to nip it in the bud.

There once was a voiceover assignment from a company which turned in two scripts to a voice over actor, both nearly identical. It was confusing because, aside from cosmetic details, both scripts were asking the same questions and describing the same products. Turns out that both were submitted because the client was, in fact, two separate employees, each fed up with each other and each determined to submit a script before the other. What they hadn’t realized was they were both essentially on the same page. The point is, communication is key! Many times conflict comes down to not feeling heard and not being acknowledged and nothing more than that. So listen up.

Sometimes, it’s a bit deeper than that and emotions run high. When that’s the case, it’s critical to set boundaries and standards. All employees must understand the line and never cross it. That may mean never showing an attitude in public; it may mean never raising your voice at a superior. Whatever it is, having ground rules makes it easier for everyone.

Along those lines, squashing conflict is simply a matter of understanding the desires of both parties. When people feel their demands are being attended to, they become less rash and more logical. So if you’re a boss, it’s your job to understand the needs of others. This doesn’t mean meeting all needs, but it does mean empathy. It does mean taking the time to explain. And it does mean compromise.

Doing so is better for everyone.